in Jeff Galloway - on Tuesday, March 05, 2013
The Greatest Gift for a Novice Runner!

This post is long but I hope you enjoy the re-cap of my experience.

So for the last few weeks, DisneyBride had been telling me to leave the weekend of March 1st open.  Apparently, she had an early birthday surprise.  She had mentioned a while ago that there may be a trip involved.  Disney Bride REALLY hates surprises, so I was intrigued that she had planned one for me.  I did not press the issue, selfishly hoping that  now I can surprise her sometime in the future.  I guess my lack of bugging her for clues started driving her crazy, so she started dropping hints in the week leading up to the event.  Boy, did I guess wrong.

I had guessed different cities and scenarios. All wrong. The clues that I pieced together and stuck in my mind was that I would need running clothes, and that I would be seeing a familiar face, that had an Atlanta 'connection'.  I immediately thought that we would be heading to Atlanta to see one my oldest friends and his fiancée.  I assumed that the four of us would do a local race and spend the rest of the weekend seeing the sights.

Fast forward to 9:00 pm, Thursday night (2/28), I am packing clothes for what I still assume is a trip to Atlanta.  We are still not entirely unpacked from Princess weekend, having just returned on Monday night.  DB tells me to pack some running clothes (for what I assume is a race in Atlanta ) and she then tells me I probably want running clothes for Friday through Sunday.  Now, I am quite confused.  She tells me that we are not going to Atlanta, and to guess again.  Eventually, I put it all together and guess that I am doing a Jeff Galloway Running Retreat. (We had dinner with Jeff and Barbara, and our local program director's family a few weeks ago,  after the Tallahassee Galloway Run/Walk Training Group kickoff.  Jeff had told us he was going to be in Florida a lot this month.  He and Barbara were doing the Donna Marathon that weekend in Jacksonville, Disney Princess Half the next, and his retreat the following weekend.  That is the first and only time I had heard about his retreats.)

Finally, I am correct.  She tells me I am going solo, and the retreat is in Blue Mountain Beach .  It sounds amazing and I look for more running clothes for the beach weekend. The next morning is crazy busy at work, and I don’t have any time to look into what is involved in a Galloway Retreat.  I am going into this totally blind.  I assume it will be a grown up version of basketball camps I had done a child.  I had visions of classrooms full of people and sleeping in a dorm room.  Wrong again!

I leave the office at noon and grab a quick lunch with DisneyBride (she is now a big fan of Bean Burritos "Fresca style" from Taco Bell - since finding out that is what Jeff eats when he is on-the-road).  I take care of a final few errands  and then plug the address I was given into the GPS.  A few hours later, I arrive in Santa Rosa Beach, home of Blue Mountain Beach.  I make a quick trip to the Disney Store to get DisneyBride a thank you gift for the weekend.  I then head to what I assume is a hotel or dorm style housing.  Once again, boy was I wrong.

I pull up to this beautiful home, less than a block from the beach.  The only tip-off I am in the right place is that there is a “Jeff Galloway Running Injury Free” t-shirt on the mailbox and a “Welcome to the Galloway ’s” sign next to the stairs.  I am staying at his place!  (Actually Jeff and Barbara have another house right around the corner - where they stayed.)  I knock on the door and a familiar voice, the same voice I have been hearing on my 13.1 training app for the past four months says “Come On In"!  Jeff and one of the other participants is sitting in the living room having a conversation.  Jeff offers me a drink, shows me where I am staying, and invites me to take a seat.  I can't believe I will be spending the weekend in a beautiful beach home for this running retreat! 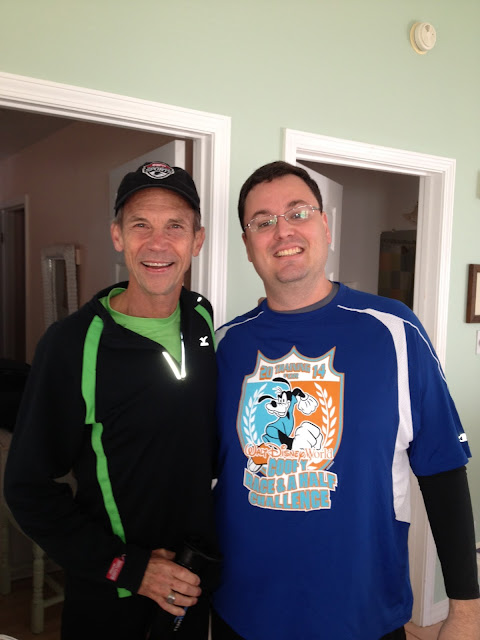 Over the next 30 minutes or so, the three of us chat about running goals and anything else that comes up. A third runner arrives and soon after we change to go out on a warm-up run.  I have not run 30/30 intervals and after running with him several times that weekend, it appears to be Jeff’s favorite interval. We run down to the beach, get a view of the sunset, keep running down the beach, and then hit some trails before returning to the house.  The run probably totals about 40 minutes and I feel pretty good, even though I think the 30/30 is too much start and stop for me (I usually do a 4min run, 1min walk, but I am now thinking about a shorter run interval). While on the beach, Jeff points out Mike Huckabee’s house and also Sheryl Crow’s home off in the distance.  Not a Sheryl Crow fan, but I was pretty disappointed that I didn’t get a Huckabee sighting.


We return to the house and Barbara Galloway has prepared dinner for us.  The whole weekend Jeff and Barbara made me feel like a member of the family.  During dinner we discuss Jeff’s experiences in the Munich Olympics, his travels for marathons, and we just chat like any group of people would at dinner.  He briefly describes the next day's events and then heads home for the evening.  The third runner returns to her hotel and the first runner and I hang out for a little while before retiring to our respective rooms.

Saturday morning, I eat breakfast and then head down to the beach for a few minutes before going back to the house to start the day. 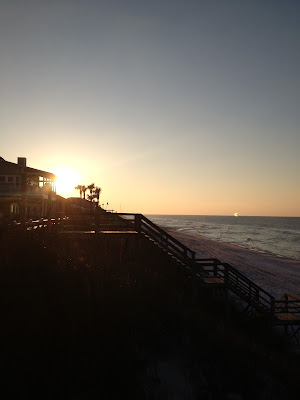 Upon returning we learn that the fourth runner had some flight delays and will finally be arriving at about 11:00 am. We were also briefly joined by Tony and Stacey Conticello, Program Directors of the newly formed Tallahassee Galloway Run-Walk-Run Training Group. These fellow runDisney aficionados were in town this weekend to run the Seaside Half.

Jeff moves around Saturday’s run and we get right into the sessions.  The sessions included nutrition, motivation, running form, injury prevention and treatment, training, and several more.  Each session was like it was just you and Jeff having a conversation.  I have had the opportunity to talk with Jeff in the past and had always wondered if he was just as enthusiastic in person as he was at an appearance.  Like many other elite athletes in the public eye, my assumption was the enthusiasm came from contractual obligations or a desire to sell books.  Once again, man was I wrong.  Jeff loves running!  He loves helping people learn the joys of running.  He is extremely genuine, and I believe truly motivated by the idea of helping others learn to enjoy running. 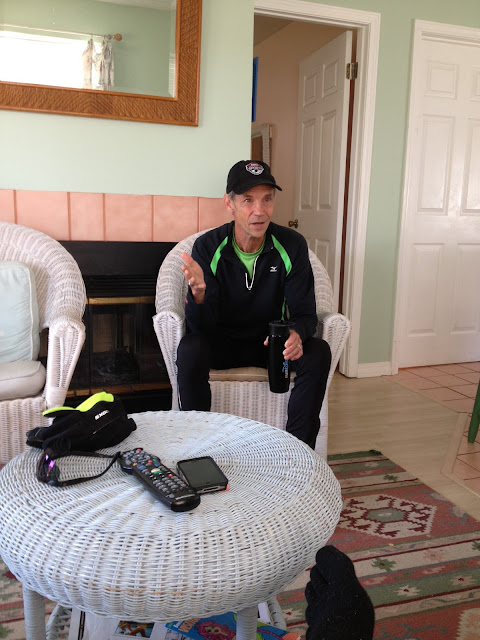 Back to the events of the day; after a few sessions Saturday morning, we take a break for the third runner to get her sister (the fourth runner) from her hotel.  The final runner arrives and we set out for a pre-lunch run.  Again we head down towards the beach and then we are off for our run.  During this run, Jeff teaches us how to do acceleration gliders, improve speed with cadence drills, how to approach hills, and how to use the down hills to our advantage.  The run ends with our form evaluation, and apparently I was the only one with form issues (I bounce too much and I had too much excess movement in my stride). 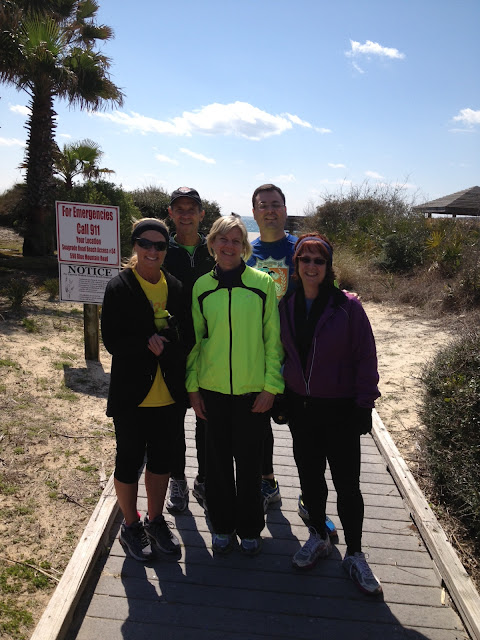 We eat lunch, and once again it’s just like I would imagine being treated by Jeff and Barbara if I was a close friend sharing lunch on a typical Saturday. We return to the sessions I described earlier, this time Barbara stays and provides her input, especially helpful for the session on nutrition.

We finish in the mid-afternoon and set a time to meet for dinner at a local restaurant that Jeff and Barbara enjoy,  The Red Bar.   (Random “cute moment":  After finishing the afternoon session, the Galloways leave for their house, and I leave a few seconds later to walk down to the beach.  They don't see me, but I see Jeff and Barbara run walk 30/30’s side by side on their way home.  Jeff LIVES this stuff; it is not just for race day.) Dinner conversation that evening mostly focuses on running, but does run the gambit of topics.  It’s like everyone has been friends for an eternity.


I got up early on Sunday to cheer on runners for the Seaside Half Marathon.  I hope the runners found my corny sense of humor motivational, and it did appear that 'almost' everyone enjoyed my roadside jokes and entertainment.  Since we are a reasonable drive from Tallahassee, I did see several friends from home at the race, some I knew would be there and some who were a total surprise.  It looked like a fun race and I hope to run it in the future.

Now to the final event, the last run with Jeff.  Barbara joins us this time as we run though picturesque  Seaside (made famous as the setting of Jim Carrey's movie, The Truman Show) and Watercolor.  This was the longest run of the weekend, taking probably a little over an hour through the scenic neighborhoods.  While running I was able to get Jeff to help me with my form, by the end of the run I finally have it down pat. 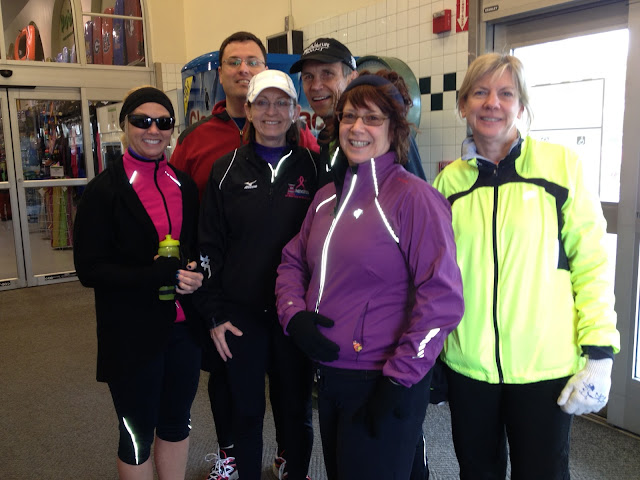 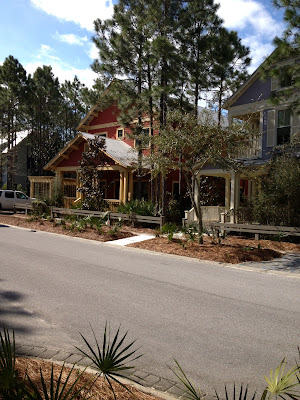 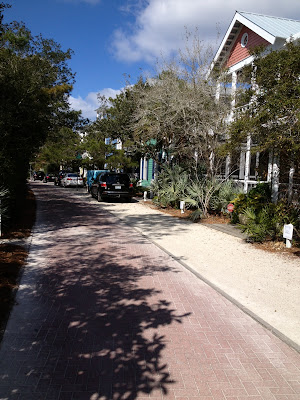 We all return to the house, get our books signed, say our goodbyes, and then head home.  If you are thinking about attending any of Jeff’s retreats- DO IT!  They are small intimate groups where you will get plenty of time for your questions. Hopefully you too will experience the great time that I did.

I had NO idea!!! What an awesome experience.