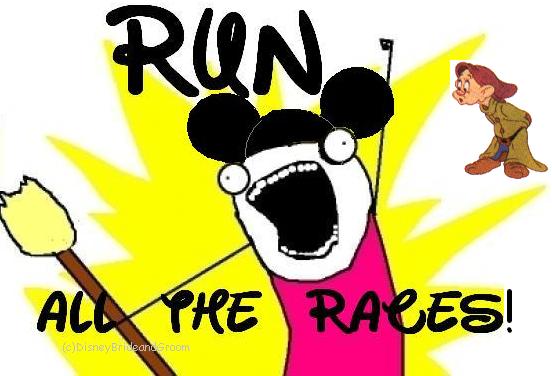 We have arrived! The 2014 runDisney Walt Disney World Marathon Weekend has officially begun.

Our day started off entirely too early - getting on the road by 6am.  However over the next couple of days, a 5:30am wake up would be luxuriously sleeping in by comparison.  Leaving frigid Tallahassee, we headed south for warmer climates.  Four short hours later, we arrived at the ESPN Wide World of Sports.

The expo began at 10am and we were got there about 10:20.  The line for the runDisney New Balance shoes had already formed hours ago.  We took one look at it and said, No Thanks.


Entering the expo the first thing that I noticed was that this one seemed to be much better organized that previous runDisney expos.  I headed straight to HP FieldHouse get my bib.  Then, I needed to go to runner relations to get an error fixed and I was concerned that runner relations would be a zoo.  I got my bib and took this amazing selfie.  The volunteer didn’t seem to be too into the idea of being in a pic and it shows. 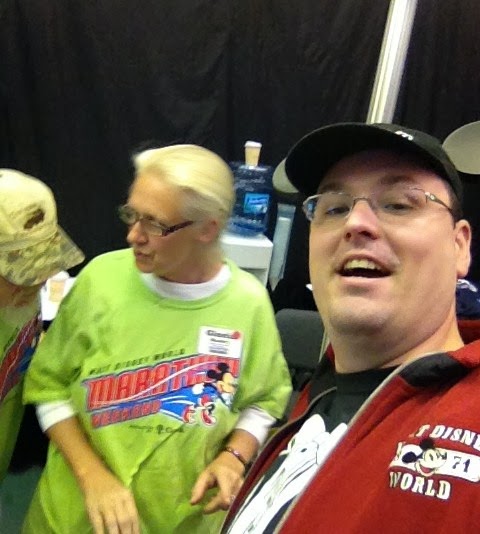 With my bib in hand, I intended to run straight to runner relations.

However, there was no line for shirt pick-up.  You read that right, a Disney expo with no line to pick-up your shirt.  Feel free to pause for a second to let the shock dissipate.  The Dopey Challengers were able to get their 10K, Half, Marathon, Goofy, and Dopey race shirts all at once. They were pre-bagged together according to size. You may notice I didn't include the 5K shirt in this list. That's because that one required a trip to the Jostens Center, a separate building.

My trip to runner relations went really well.  Track Shack, the company that organizes the runDisney events had a snafu with my proof of time. It was submitted last October - well ahead of schedule. But I only discovered the issue when I saw my bib number and the corral assignments. I had been placed in the very LAST corral. So, I had exchanged emails and phone calls with Trackshack. At least they provided me with a very non-committal letter alluding to a 'possibility' that they may change my corral on race weekend.

Walking up to runner relations I see an employee in a Florida State Seminoles jacket.  I hope that he is the person to help me out.  As luck has it, he was.  After a couple of minutes talking about the game (GO NOLES!!!) and about our respective tenures at the institution, he gets to business.  I provided him with my correspondence and another copy of my proof of time, and he gets everything straightened out.   Feeling much better I continue on with the expo.

Relieved that I am no longer in the last corral for the half and full, I head to the pick up my 5K shirt and get my “I Did It” shirt.  I still can’t figure out why they couldn’t put the 5K shirt in the same bag as the other 5 shirts.  I hope that with future runDisney Challenges all the shirts are picked up at the same location.  Again, there was no line. Pause to collect yourself. 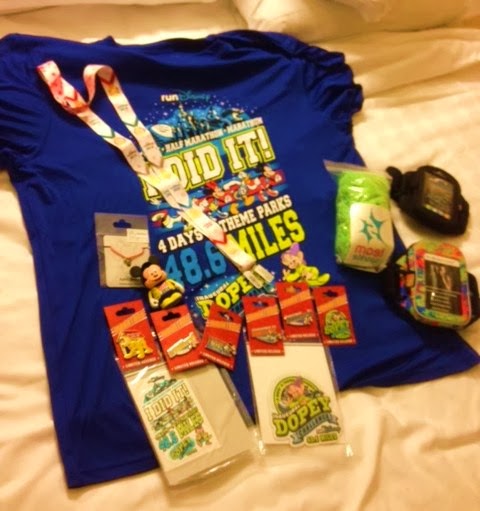 We spent some time checking out the vendors.  We made a special stop at the ArmPocket booth (more on this to come in the near future - keep an eye out). 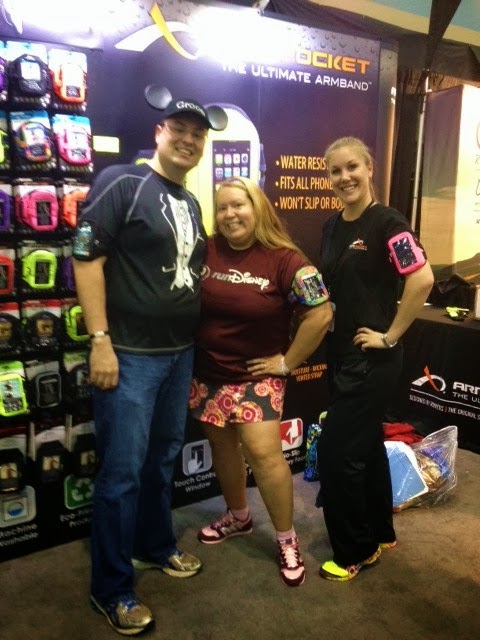 We also stopped by the New Balance booth to check out the new runDisney kicks. I really don’t think that I’ll be picking up a pair. I'm not the biggest fan of the Sorceror Mickey shoe, and I quite like my new ASICS and HOKA One Ones that Santa brought me.

I did however see the new race weekend specific shoe inserts and shoe lace charms and may have started laughing out loud.  I have joked about how I feel about these before, but after seeing the price, I laughed even harder.  Forty dollars for shoe inserts and charms.  I know that Disney commands a premium,  but this is ridiculous.  Since you probably think that I am joking, check out the pictures below. 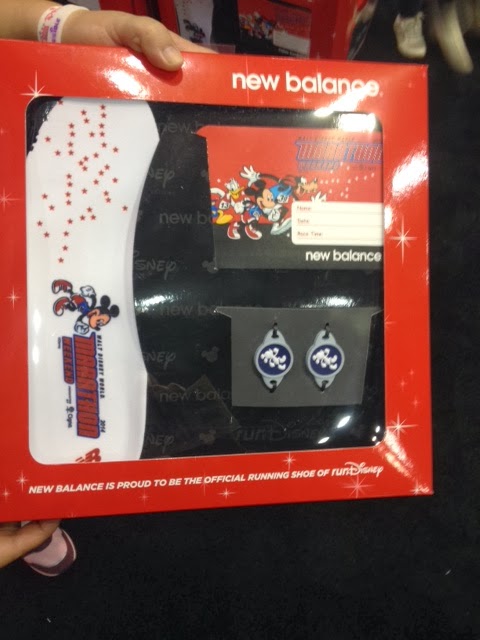 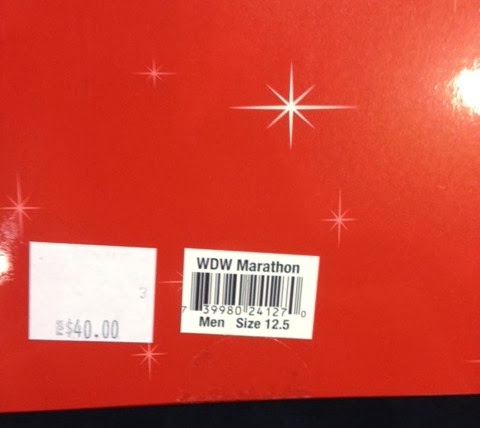 Before leaving, we decided to take in one of the speakers  We always mean to listen to one of the speaker panels, but never seem to have the time.  This time, we did.  The presentation was “Train Your Brain”, presented by Cigna. 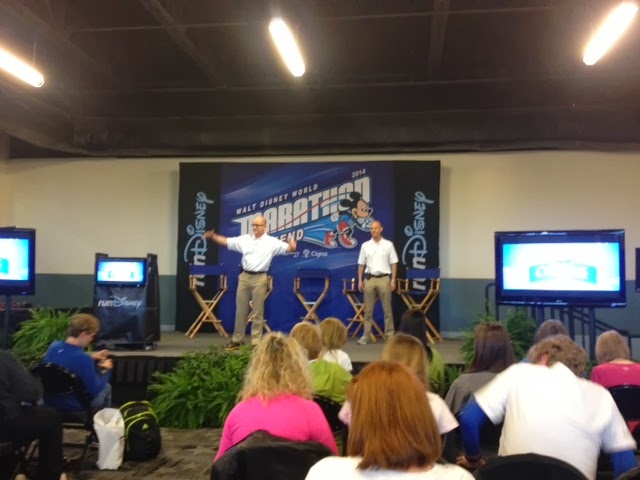 We happened to sit in front of Amanda from the WDW Alone blog.  She and I spent a couple of minutes talking about Dopey and the Space Coast Marathon.  Sorry, Amanda that you didn't get to take an amazing selfie with me.

Following the expo we went 'off property' to the Cheesecake Factory for Disney Bride’s belated birthday meal.  It is also the last time I will be dining out until Sunday.

On the way back, we stopped and picked up some items to eat for all my meals from tonight Wednesday night through Sunday (Marathon day) morning.  I wanted all my food to be very boring and familiar, and it is. In case you are wondering how to fuel up like me and be a Dopey champion, here ya go.
My Dopey Challenger Menu:
Breakfast: Peanut butter on whole grain toast
Snack: trail mix
Lunch: meal replacement shakes
Snack: canned beets
Dinner: ham sandwiches - maybe a little mustard for excitement 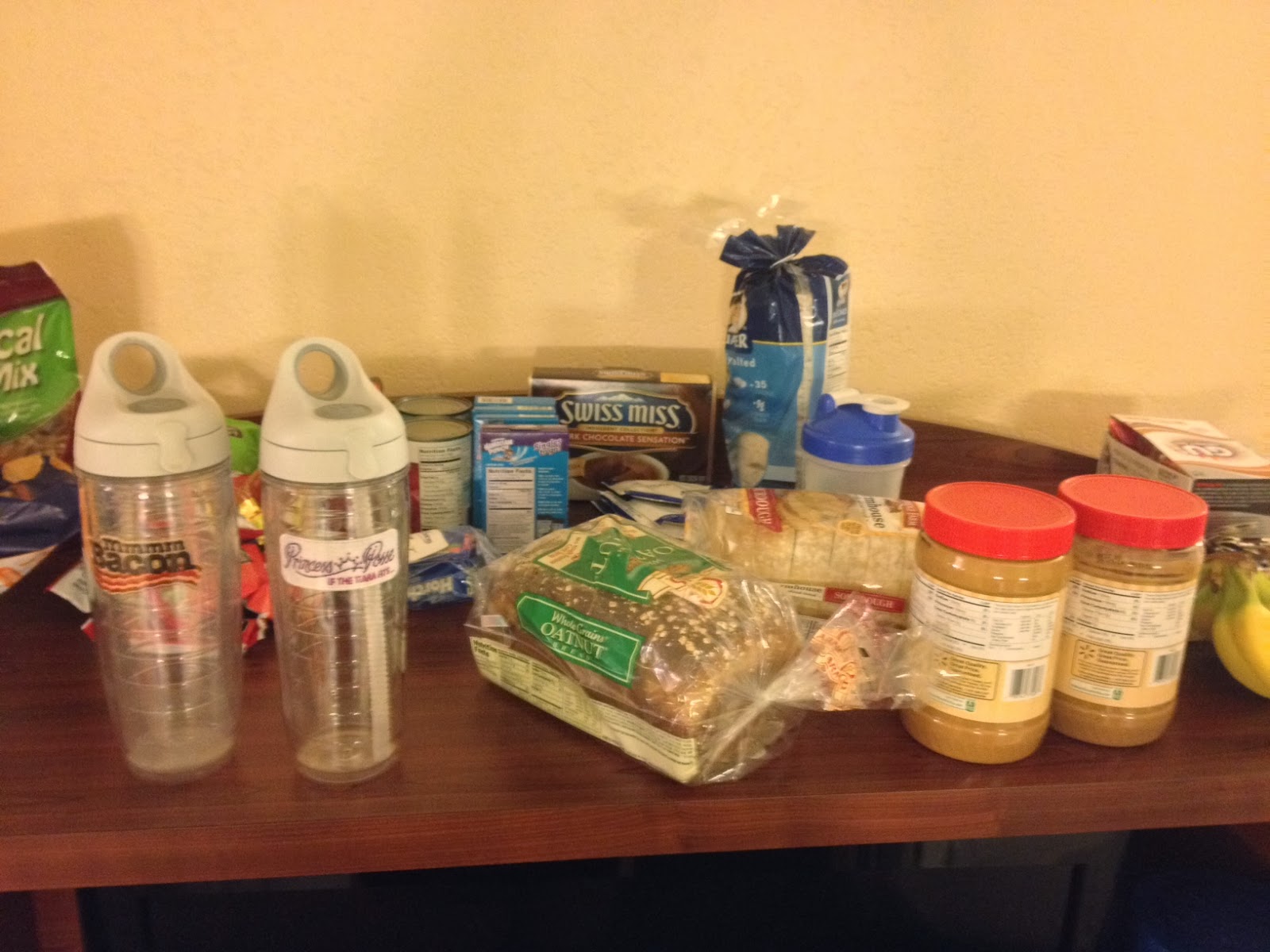 I know. I know. It sounds terribly dull. But Sunday night and Monday morning there will be celebratory meals. And lest you start to pity DisneyBride, don't. She, being unfettered by Dopey, will be abandoning me to enjoy all her usual favorite WDW establishments this week. Taunting me, no doubt.

Other race preparations include:
All the costumes for each race are hanging in their own bag- and our shoes for the weekend are laid out. 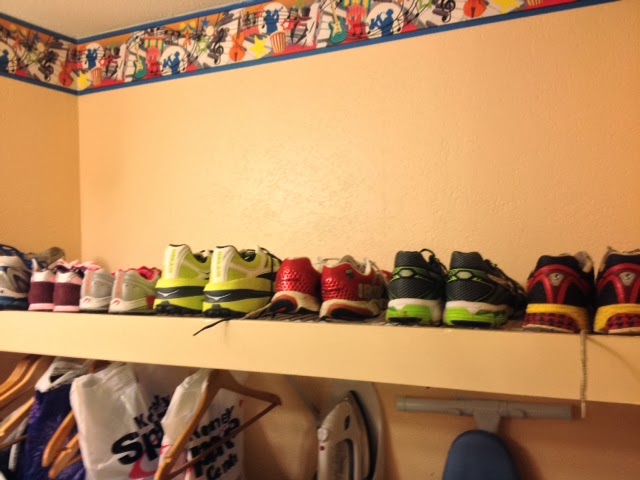 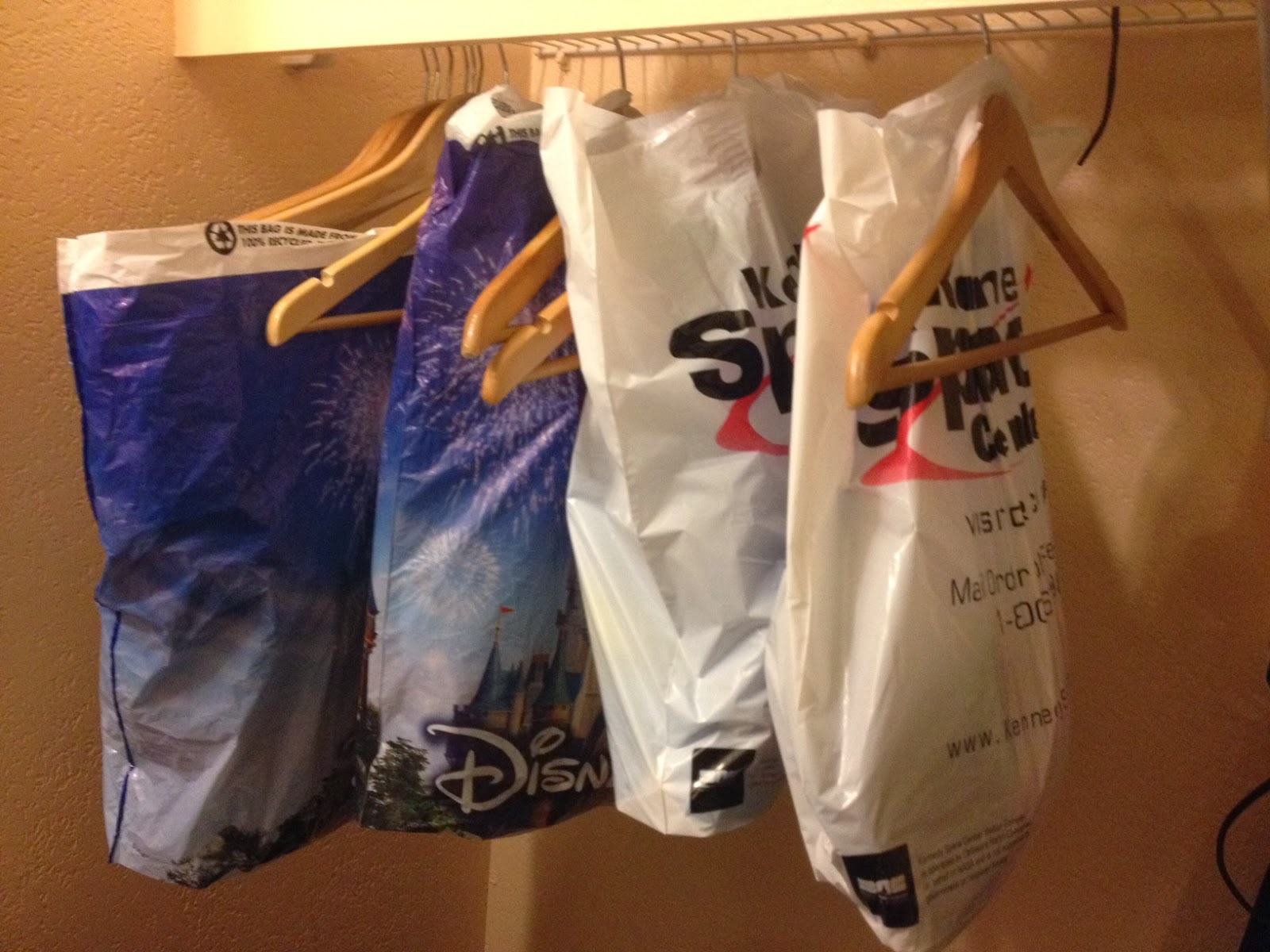 I will provide updates following each race.  I will also attempt to tweet from the course, so don’t forget to follow me on twitter (@Disney_Groom).  If you see me on the course, make sure to yell out. At tomorrow's 5K - look for Darth Vader - that will be me. I know several of you have said you were going to be volunteering or spectating, comment below with the location and I’ll try to keep and eye out for you.   Perhaps you too can appear in an amazing DisneyGroom selfie.