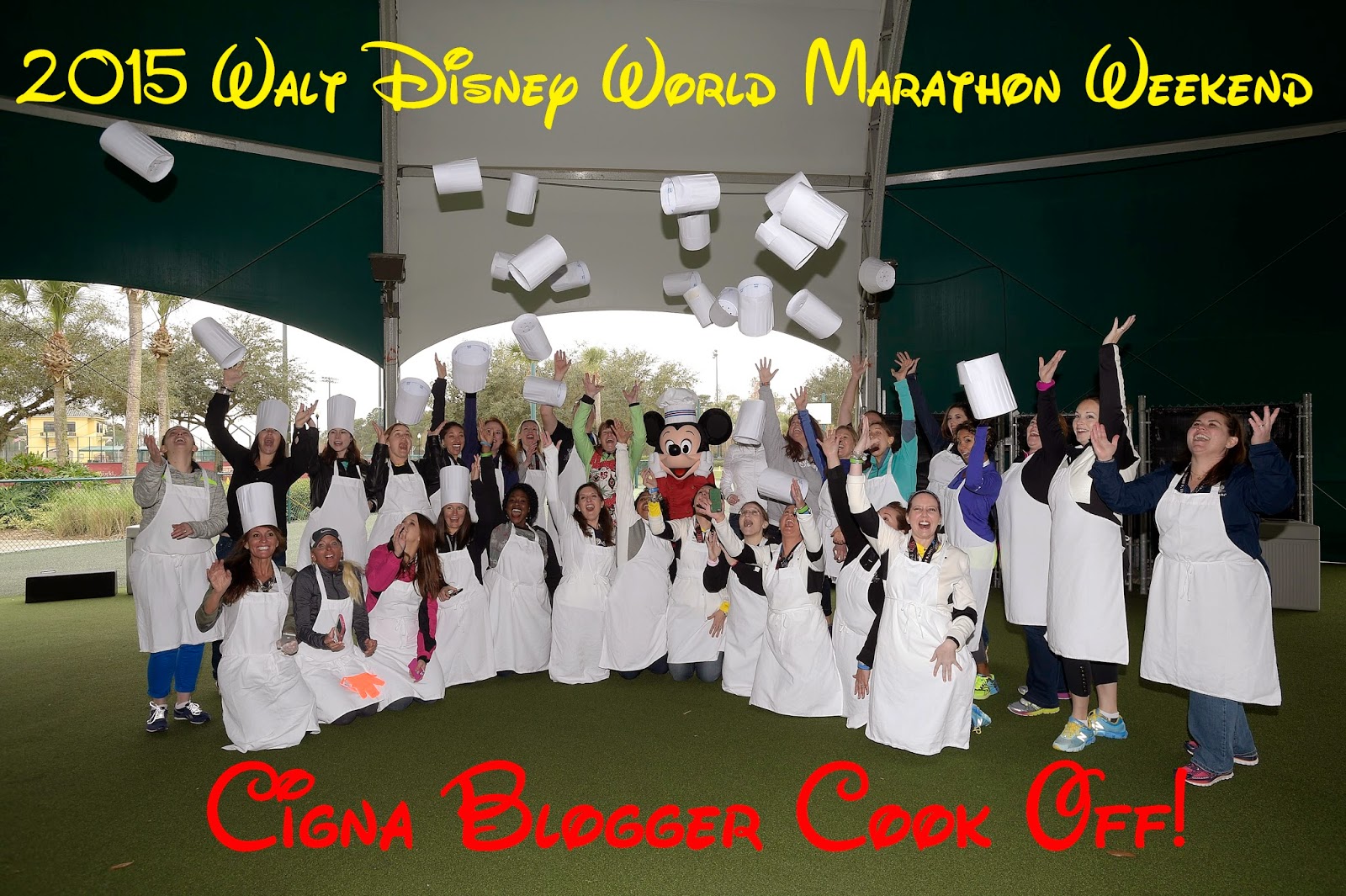 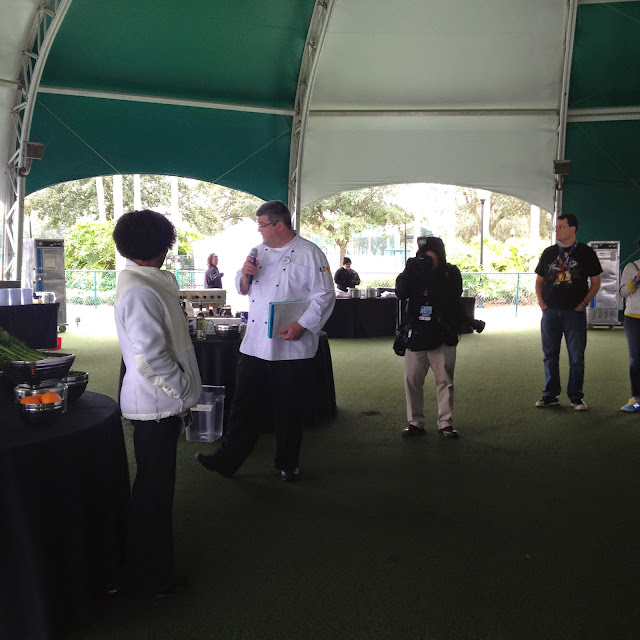 A few weeks before we left for this trip, we received an invitation from Cigna to participate in a blogger meetup/cook off.  We like the idea of an event that combines our love of running and cooking.  Not knowing what to expect, we sent in our RSVPs.

We arrived at the event and immediately recognized many of the faces.  Not only were Disney bloggers invited, Cigna had invited several food and Disney park bloggers.  After having a few minutes to catch up with old friends and time to meet new blogger friends, our hosts spent a few minutes talking about the importance of healthy eating.  Then came the fun stuff. 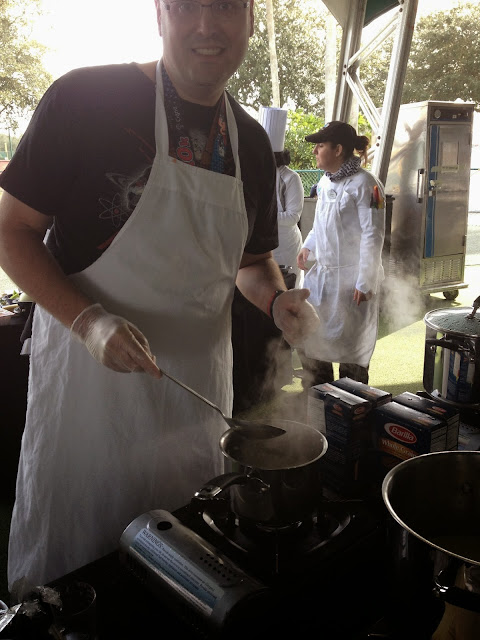 We divided into several teams: There were teams preparing chicken, fish, vegetarian dishes, and a yes there was a vegan group.  I followed DisneyBride to the vegan group so that we could cook together.

Each group was assigned an actual Disney chef to guide us.  After a few minutes talking with the chef, our team had a plan.  The chef had suggested a stir-fry using some Gardein Beefless Beef tips.  After spending some time slicing, dicing, and cooking, our dish was done. 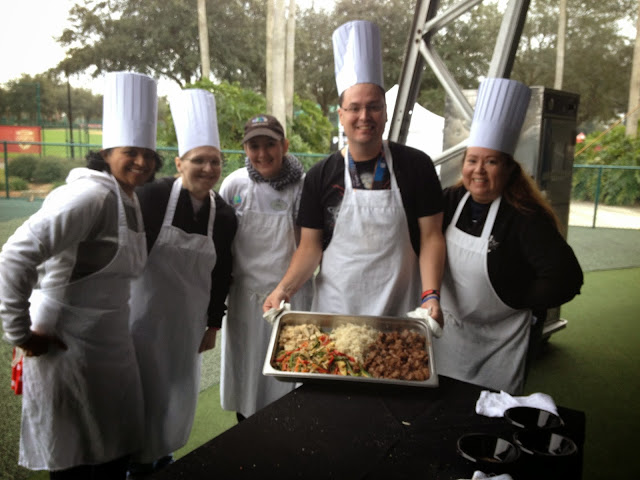 It got pretty exciting towards the end as we all raced to get our dishes cooked in the time allotted. Yes, it felt almost like we were on a reality cooking show.

Following the food prep, we all spent the rest of the afternoon enjoying the dished prepared by the other teams and the chefs (ok, I tried the other dishes, as they weren't vegan, DisneyBride and the other vegans stuck to their dishes).  Everything came out delicious.  You couldn't tell it came from us 'amateur' chefs. 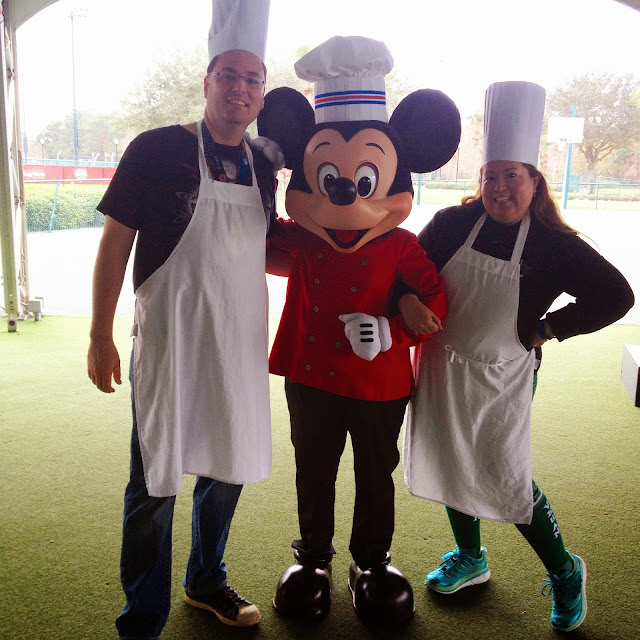 Chef Mickey dropped by to greet us!

Following the meet-up we headed to Hollywood Studios to enjoy some park time before calling it an early night. 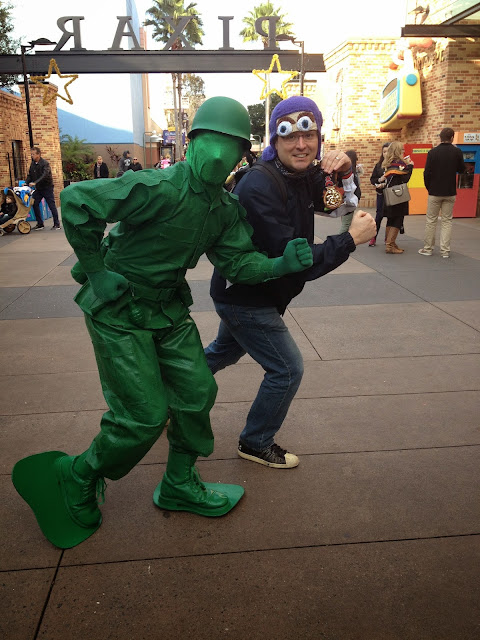 Sarge wanted to make sure I was ready to run.

For other 2015 Marathon Weekend recaps see the links below.