in #TeamRunningHappilyEverAfter, costumes, half marathon, rundisney, runDisneyvolunteer, Wine Dine Half - on Friday, November 27, 2015 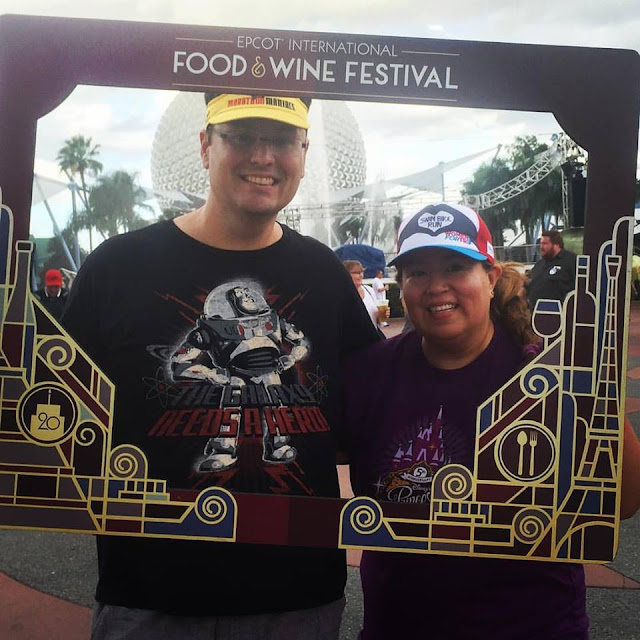 It's been a few weeks since Wine & Dine weekend, and at last I've got my recap complete.

Driving from Tallahassee that morning, we missed the mad rush that is the opening of the expo.  Upon our arrival, I quickly grabbed my bib, waited in line for my pin, and headed to the runDisney booth.  The only thing I purchased was my magnet. 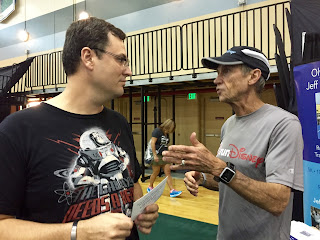 Jeff is always willing to help with last minute advice.


[My filing cabinet at the office holds my race magnet collection. Side note: my colleagues are starting to think I have a running problem.] 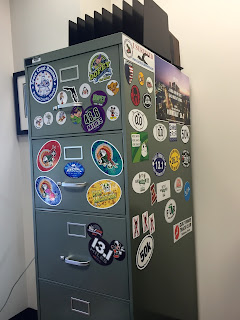 Following the expo we headed to EPCOT and Magic Kingdom to enjoy some park time. 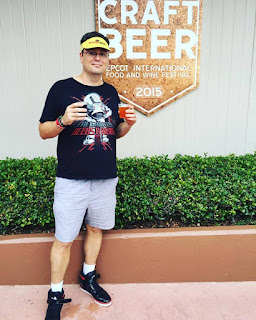 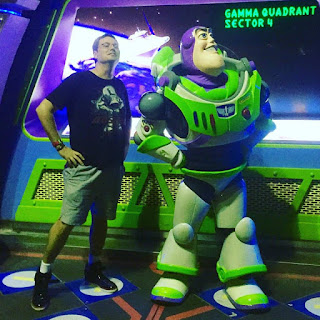 We stayed until the fireworks and then called it a night.  I had an early wakeup for the morning 5K. 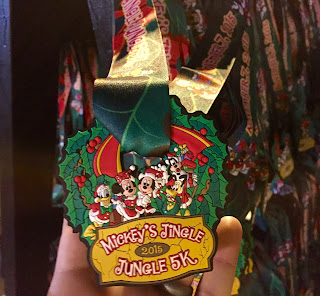 I've run this race twice. It was actually our first runDisney event, way back in 2011.  But this time, I decided to volunteer instead. I enjoy volunteering at the races almost as much as I enjoy running them.  My assignment: I spent my morning moving people from the finish line to the medal volunteers.  "Move along folks, nothing to see here."  Yeah - that was me!  I saw many of my runDisney friends cross the finish line.  Great job everyone!  Also, if you haven't volunteered for a race or the expo, I can't recommend it enough.  So much fun. Do it!

Now for the "splash" in the splash and dash.  My two little nephews were scheduled to be Baptized at midday, between the 5k and the half marathon.  So, following my volunteer shift,  I grabbed DisneyBride and headed for Tampa.  We dashed to the church, rejected Satan, splashed holy water, and enjoyed dessert with the nephews before heading back to Orlando to relax for a few minutes before the race. 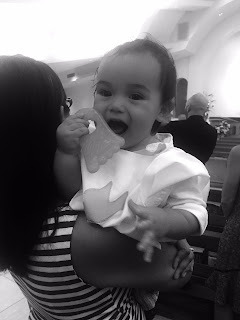 Saturday Night: Half of a Half (The Dash) 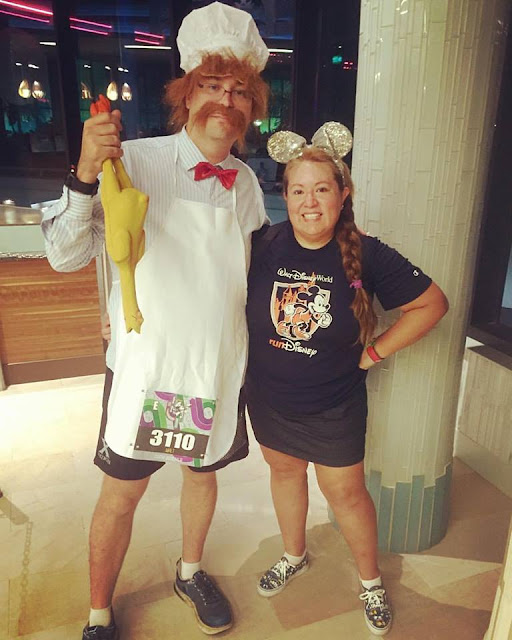 I decided to go with a costume that paid homage to my favorite chef. The Swedish Chef from the Muppets is legendary in the Running Happily Ever After household. The costume started off intact as you see here, but the humid evening quickly made a casualty of my mustache adhesive.  So I  ran 'sans mustache'.
I arrived at EPCOT before 7:00 to make a quick trip into park.  With a kiss from DisneyBride and some soda from the Cool Club, I headed for the buses to ESPN Wide World of Sports.  Boarding a bus a few minutes after 7:00 I assumed it would be smooth sailing. I was WRONG.  The traffic was horrendous and it took the better part of 35 minutes to get to our destination.  Upon arriving, the Wine and Dine atmosphere is very different from other runDisney events.  The promise of beer and wine at the finish makes it more adult themed than family-themed.  Not bad just different.

I worked my way around the crowd, running into friends and making some new ones.  Eventually, I decided I needed some caffeine.  I headed to the vendors to buy a soda.  A few minutes later, the wind kicks up and then everyone is making a mad dash for the baseball stadium. 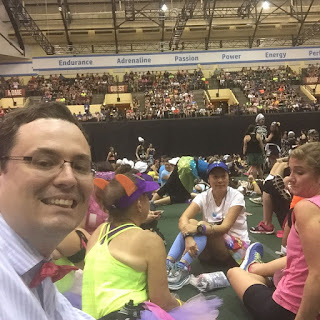 I will skip the details of the weather delay and just say that I am a little disappointed that runDisney/Wide World of Sports didn't seem to have a better communication plan.  Depending on where the runner was pre-race, he or she may not have had any information.  The floor of the expo hall was the only place where I could hear announcements.  I assume that WWOS has more communication equipment, as I imagine that evacuation of the fields is a normal occurrence during the summer.  I do not fault the race organizers for the decision to shorten the race or to evacuate us (apparently due to lightning), please just do a better job with communication in the future.  Also note, that not all runners carry their phone during a race, so more frequent announcements to everyone would have been appreciated.

With the all-clear given, it was another mad dash to the start line.  It may have just been the quickest start of any runDisney race I have ever participated in.  Here is where I would like to give the volunteers a shout out.  They were evacuated as well, and still managed to get all their tasks done.  Everything from having the water stops setup and manned, to guiding runners back to the corrals.

The course was shortened with the out and back to Animal Kingdom being removed.  The short course lead to pretty long waits at all the character stops.  My longest wait was almost 20 minutes for Buzz and Woody.  Everyone along the course seemed upbeat, despite confusion over the shortened course.  This is my third runDisney night race (after the final Tower of Terror 2014 and the final Expedition Everest 2015) and I really enjoyed them all. Looking forward to running the complete 13.1 course in a future year. 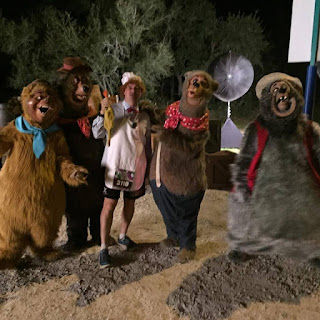 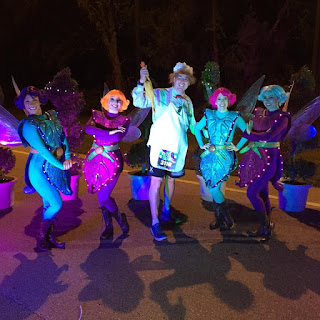 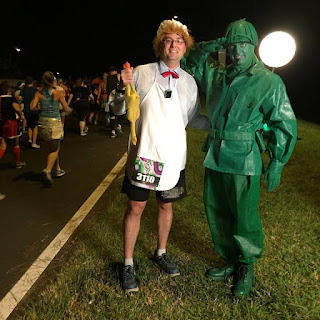 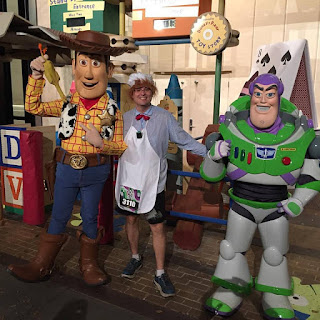 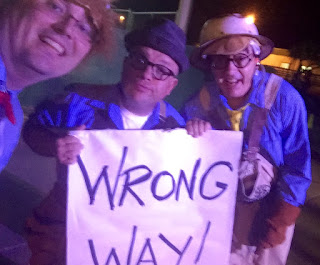 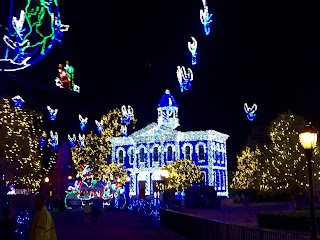 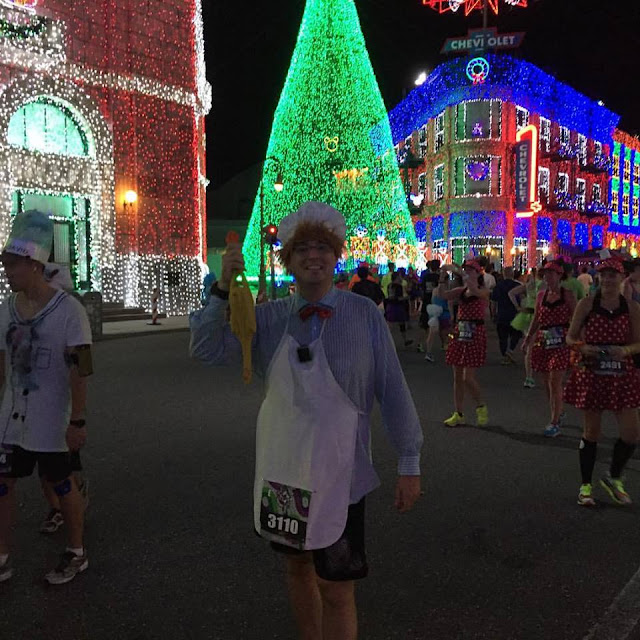 This is the final year of the Osbourne Family Festival of Dancing Lights in Disney Hollywood Studios, so I was excited and nostalgic getting to run through there. 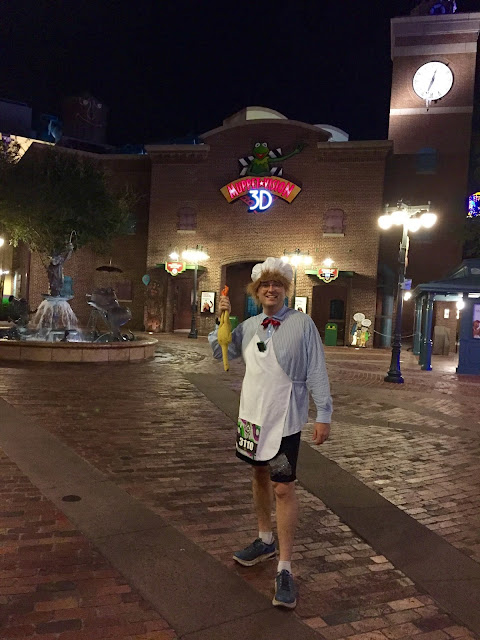 With the course being cut short, it appears EPCOT was unprepared for more people staying for the after party.  The lines for food, beer, and wine were crazy.  I would say that they were as bad as any weekend day I have spent at Food and Wine.  Again, the night races being accommodated by an after party is great.   The crowd never really seemed to thin, even when we left at 3:30. I was also impressed with the amount of characters, especially the ones you don't see too often, that were out meeting fans during the party. 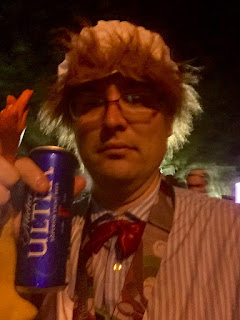 I just ran a Half Marathon of undetermined distance and all I got was LIGHT beer. 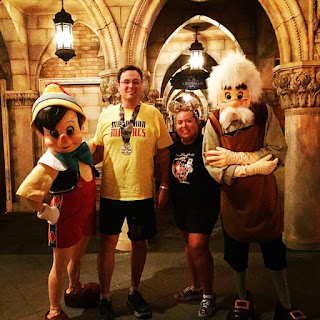 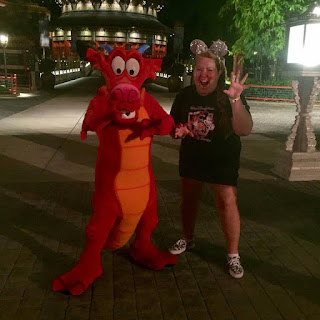 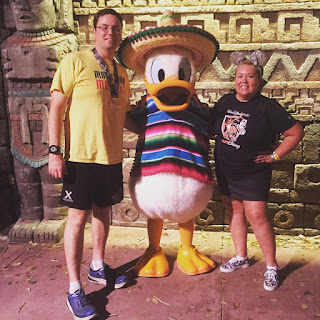 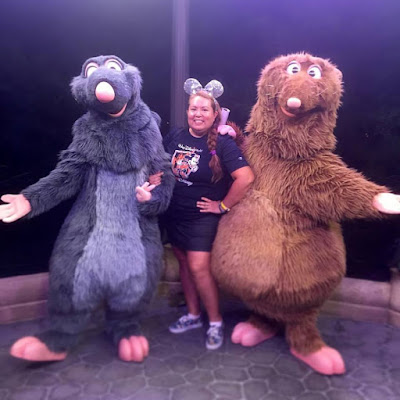 Even with the shortened course, I had a great time.  Sure, I'm disappointed that it wasn't a half marathon, but any run through Disney Parks is fun.  I also enjoyed the party-like atmosphere that the Wine and Dine Half race weekend is famous for.  The after party, while packed, was still fun.  I will do this race again, with the hopes of enjoying the full course and a less crowded after party. 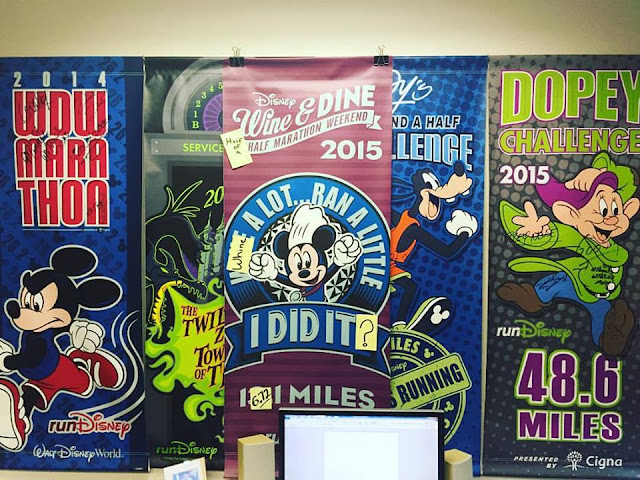 And DisneyBride picked up my souvenir race banner above to add to the other collection in my office.  Now you see why my colleagues think I might be obsessed.

Next up is the Space Coast Marathon. The theme for that race is PR or ER. Yep - you heard right, I'm going for a marathon PR this coming Sunday. See you on the course soon!

Who is your favorite Muppet?

Do you enjoy running or racing at night?